Cancer Is A Myth 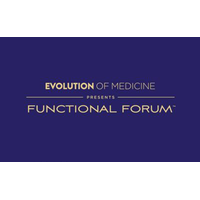 For those of you who’ve been a fan of the Functional Forum for a long time, this was the brainchild of myself and Gabe Hoffman -- but what you may not know is that Gabe has been touched very closely by cancer. And that's why Gabe delivered his talk "Cancer is a myth" at the January 2015 Functional Forum dedicated to oncology.

Cancer has been a very personal story for me. When I was 17, I had been diagnosed with Hodgkin’s Disease -- a liquid cancer, liquid tumor, whatever you're calling it and up until I was 24, between myself and my father, my family had been intimately involved with cancer care, conventional, moving towards holistic towards the end for about seven years. So it is personal but really, who is it not personal for these days? I would say everybody in the audience, every person watching this around the country, if you're in other countries, this is no longer something that happens to some random person that we we feel bad for and hopefully it doesn’t happen to us. This is a part of 21st century living and I feel that how we are looking at cancer could take a large shift. So, the name of this talk, which is also dramatic, is Cancer is a Myth. In our society, very often we use the word myth to mean false and so, do I mean, cancer is false? Well, cancer has been pretty real for me. In fact, it’s one of the real-est things that’s ever happened. One of the most life changing events that’s happened to me, that’s happened to my family and the people I've been around -- but when I use the word myth, I'm talking about a story, I'm talking about mythology. I believe cancer is a part of the modern mythology of today’s world. It’s a story more than anything else. Specifically, it’s what we could call the hero’s journey. Quoting Joseph Campbell, “We must let go of the life we have planned so as to accept the one that is waiting for us.” There is no clear example, greater of a force that will come into your life and change and stop you in your tracks than cancer right now -- and how we look at that can be very different. Different people are going to receive this information and it’s going to... some people aren’t feeling like that. They don’t feel like they're on a hero’s journey but this is a hero’s journey. There is an arc in the storyline of your life. If this happens to you, this is an opportunity to change the way you see where you're headed and I feel that if we look at cancer especially, just with how it’s growing, as a group of cells that have to be attacked, we’re missing out on a lot. We’re missing some of the most powerful aspects. I mean cancer slows down and changes the way we’re experiencing our day to day world. It changes the relationship with our family. It changes the relationship with the people close to us. I mean, most of the most beautiful experiences in my life came directly as a result of this. I think all of us have seen that. If we look at what is happening in a hero’s journey and what is happening in a cancer patient’s journey... it’s a story about love, it’s a story about compassion, it’s a story about fear, it’s about confronting death, it’s about change, it’s about shifting in values you know, what epic drama in the world? What period of time have we not had a story like this and this is part of what’s going on today and this is the story that’s helping bring people together more than it’s taking us away from each other. There’s so much beauty wrapped up in the story and of course it’s very personal. For me, I certainly was not on what I would think of as a hero’s journey and I was only 17. The video goes into detail on a number of questions, but if you are in fact the hero of your own personal journey, I would take a minute and ask ourselves this question collectively as a planet, as a community and as an individual, “If you were the hero of your own journey and no matter what’s going on, whatever the crisis is, if it’s physical health, if it’s money, if it’s relationship, you're the hero, this is your storyline, what would the hero do now?” That’s the question. What would they do now? If every day we wake up asking that question, I think we can go to sleep well and I'm looking forward to that attitude carrying us forward in today’s world.

The Simple Prescription For A Thriving Practice

Our team created a special free video just for you. It’s called The Simple Prescription For A Thriving Practice and it will give you some starting points on how to build a strong sustainable community focus practice. All you have to do is click here to get yours »